“When She Stops Trolling Our MzBel, We Will Also Stop Trolling Her” – Ghanaians Reject Plea Deal to Stop Harassing iOna Reine 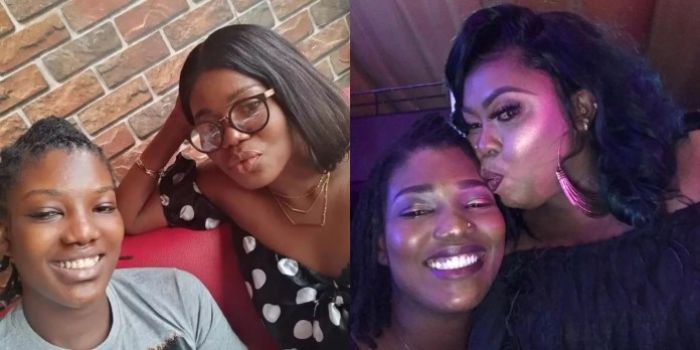 
iOna Reine is a Ghanaian singer who has been harshly criticized over her alleged betrayal of her former mentor, MzBel.

The singer has been attacked for a minute after her relationship with MzBel went to shit, which is unlikely fixable.

READ ALSO: Awurade Ma So – Jackie Appiah Humiliates Loud Nana Donkor For Shouting Too Much After Meeting Her For The First Time

For over a year and counting, the Ghanaian singer has been mentioned in the media, social media platforms, and gossip blogs.

She has suffered several name-callings from aggrieved stakeholders in her triangle of trouble involving Afia Schwar and MzBel.

The host of Badwam Ahosepe on Adom TV, Sister Sandy, has appealed to Ghanaians to stop harassing iOna.

Sister Sandy fears that if the unfair treatment metered out to iOna continues, she could take her own life.

Meanwhile, watch the video below.

However, the response to the plea was underwhelming as many suggested that iOna had the power to stop the attacks.

Hence, the attacks on iOna are merely reactionary as the singer continues to ride the attention to stay relevant.

Consequently, check out a few of the responses below.

Any Luck With Rabies Elimination In Ghana?

Glorilla Teams Up With Cardi B For Explosive “Tomorrow 2” Single