We tried to help MzVee, but she said no – Richie Mensah on singer’s split from Lynx 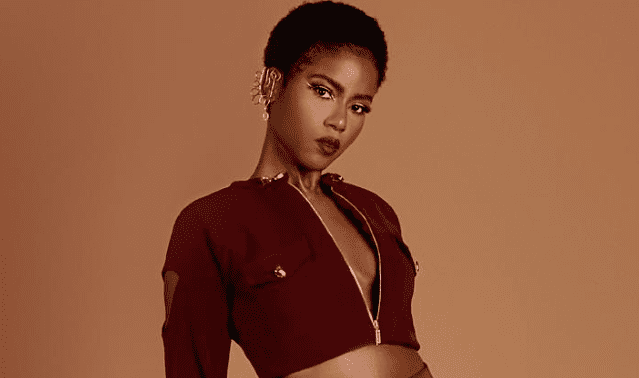 
CEO of Lynx Entertainment, Richie Mensah, gave an exclusive to Caleb Nii Boye on 3FM’s Showbiz 927 detailing why and how MzVee left his record label. The Entertainment guru explained that although they tried to help, MzVee preferred to deal with her health issues alone.

In an earlier interview with Giovani on 3FM Drive, Vera Hamenoo-Kpeda, known as MzVee said she left Lynx Entertainment to treat her mental health.

This has been confirmed by her former boss, clarifying that the team/management offered to help her, but she refused.

“She left because of the health issues that she was going through. We tried to help her with the health issues, but she wanted to deal with it on her own. Then she built a new team and started again.”

Richie continued to say he was proud of her progress since her reemergence on the scene. He expounded o her talent and restated that he didn’t want to let her go, but he had to respect her wishes.

“MzVee’s case was a very personal thing. She’s said it several times, I mean. The depression that she was going through really affected a lot of things. So I didn’t let MzVee go. One thing is, MzVee stopped the music.”

For MzVee she has maintained that striking out on her own has helped to build her persona and music style. She called it a ‘power move’ whilst talking to 3FM, although she acknowledged that doing everything y herself was changing.

Recently, she solo produced her 5th studio album, the 10Thirty Album, to celebrate her 10th anniversary in the industry and 30th birthday.

Gov’t and Min. of Tourism have reached out to my team – Kirani Ayat drops intent to sue

Akufo-Addo is a better president than Kwame Nkrumah – Agya Koo