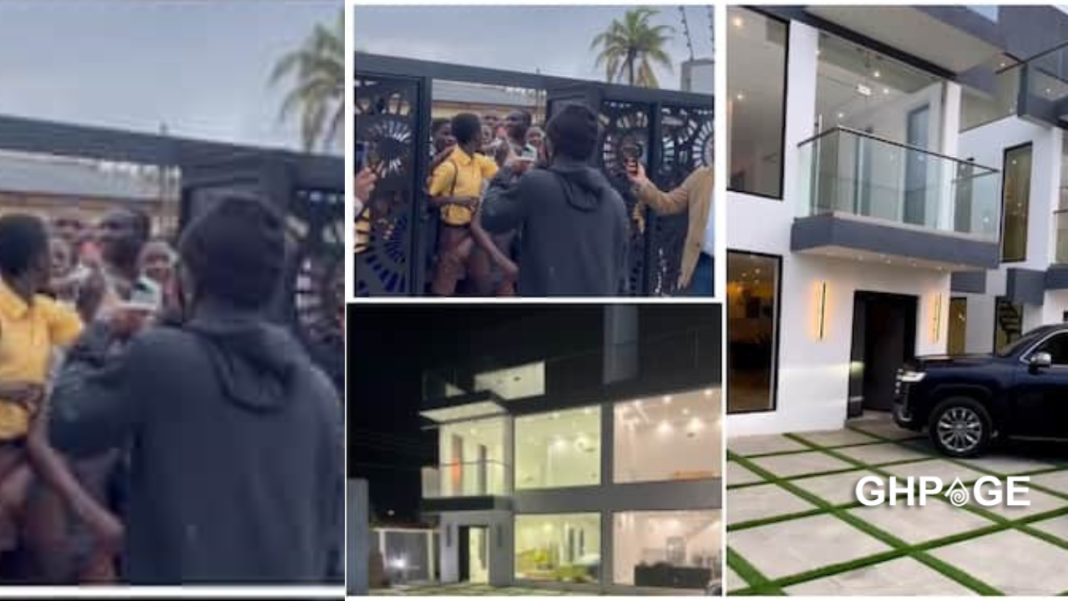 Shatta Wale is amongst the few successful celebrities who still relate with the poor and tries his best to give back to society.

The SM boss has been excessively blessed and no one can dispute this fact even though some people might not like him as a person due to one or two reasons.

The African Dancehall King has been trending on the internet since this morning after officially unveiling his new state-of-the-art mansion.

A video from the memorable event that has landed on the internet shows the dancehall star interacting with the mammoth crowd that had stormed his premises to celebrate with him.

In the video, King Shatta can be seen handing over 50 cedi notes to some lucky ones both the young and old.

The crowd can be heard cheering his name in utmost delight. You can’t buy this love and Shatta Wale is very fortunate to have such a cult following.

Reports on the internet suggest that Shatta Wale’s new exquisite mansion is a 3-bedroom apartment that he just bought from received real estate company GLASS HAUS.

New coroner releases report on how Welshman drowned in Ghana

What Is Zakat In Islam?