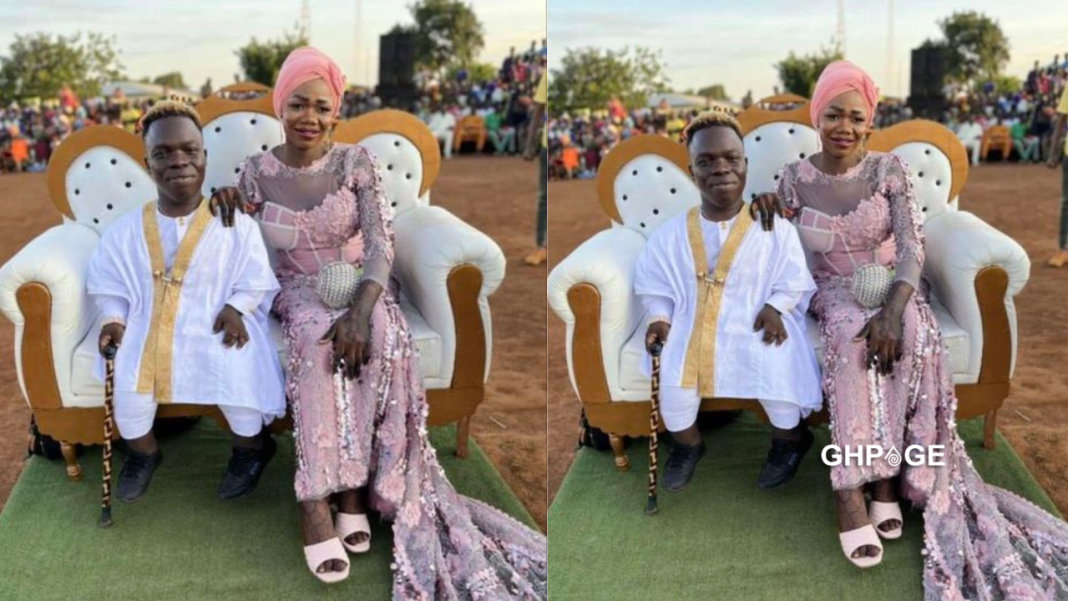 Self-acclaimed billionaire, Shatta Bandle made it into the headlines over the weekend after photos went viral on the internet suggesting that he has married his baby mama.

Shatta Bandle wore a white well-tailored kaftan while his wife also rocked colourful African wear with a touch of European fashion to match up to the big occasion.

The social media sensation received a lot of applause and congratulatory messages from netizens and celebrities who were overwhelmed with the good news.

In the wake of this, Shatta Bandle has spoken for the first time and according to him, the photos and videos were from his son’s naming ceremony and not a wedding as earlier reported.

As clarified by Shatta Bandle, the colourful ceremony was held in honour of his second child whom he has named Adams.

Shatta Bandle’s naming ceremony attracted almost the entire community as they gathered to witness how the event unfolded with some friends and family of the socialite showing up with money sprayed on Shatta Bandle and the mother of his child.

Well, another unconfirmed report has popped up. As sighted by a gossip blog, Shatta Bundle is already married to two women and is expecting a child with his first wife.

Twerking is not a sin in the spirit realm – Mavluz, musician-turned-spiritual-consultant