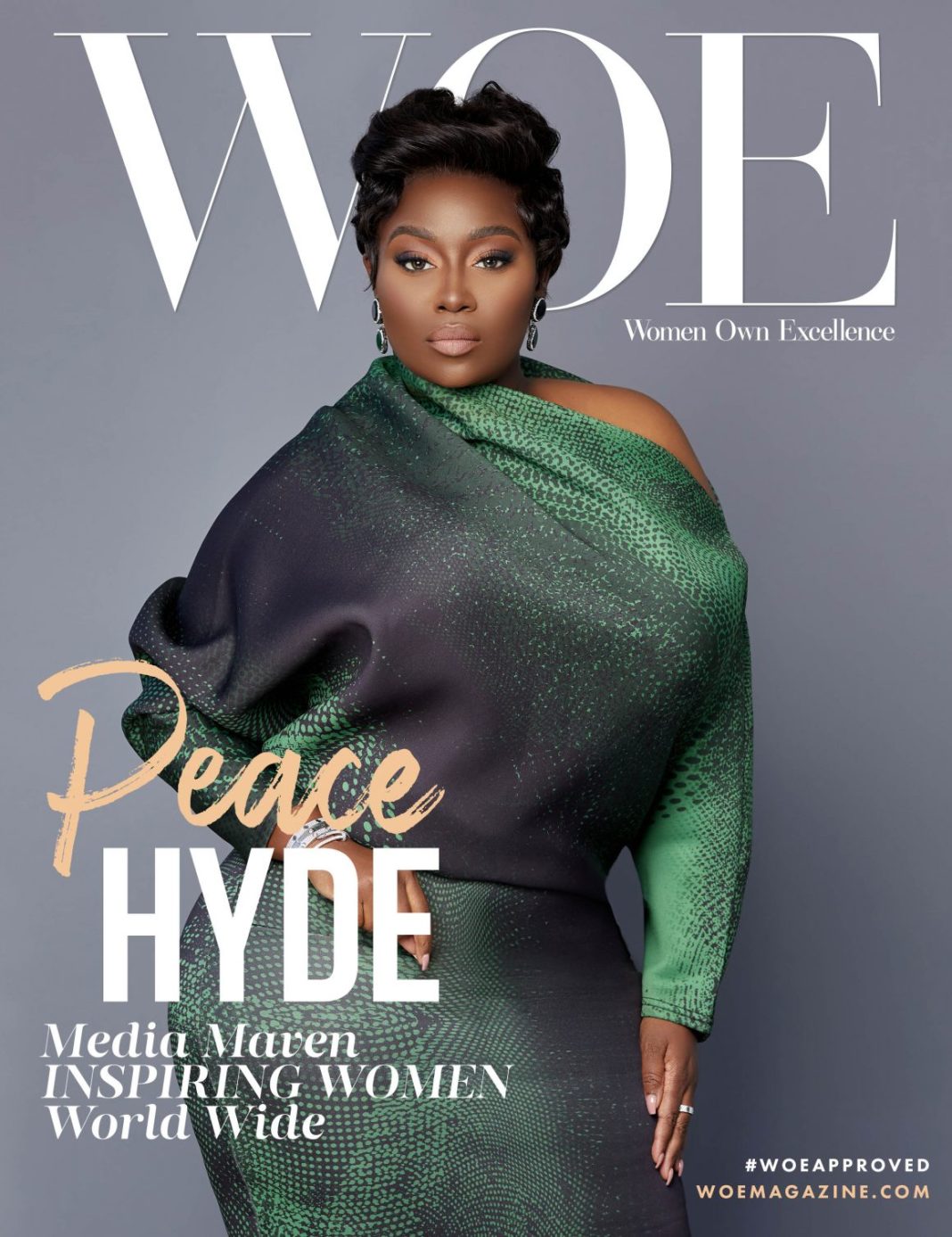 Women Own Excellence (WOE) Magazine is an American lifestyle empowerment Magazine for women with a focus on Inspiration, self-empowerment and all-around empowerment.

The publication is famous for putting leading female moguls who are breaking stereotypes to achieve their dreams and empowering other females along the way like Jessica Rich, Nyakim Gatwech and Tami Roman amongst many other rising stars on the cover.

This November Peace Hyde has joined this illustrious line up of game changers as the first African to secure the coveted cover.

According to the Women Owns Excellence magazine:

Peace Hyde is taking over THE WORLD! This British-Ghanaian media maven is the Queen of FIRSTS. As the Creator and Executive Producer of Netflix’s first African reality television series, Young, Famous and African, Peace brings us the lifestyles of Africa’s young and wealthy. Through her outstanding journalism abilities, she brings us the knowledge of Africa’s billionaires as host of Forbes Africa’s My Worst Day with Peace Hyde as well as the triumphant stories of women of the African Diaspora with her show, Forbes Women Africa’s Against All Odds. Peace believes that education is the cornerstone of success. In 2018, she was shortlisted by President Barack Obama to be a part of the 200 Inaugural Obama Foundation Africa Leaders for her heart work. Through her educational nonprofit, Aim Higher Africa, she is helping African youth achieve their dreams in education and entrepreneurship while empowering their communities.

Akufo-Addo is a better president than Kwame Nkrumah – Agya Koo

Apart from the SinoHydro, Govt is undertaking roadworks in every region – Bawumia