Paul Onuachu opens up about turning down Brugge 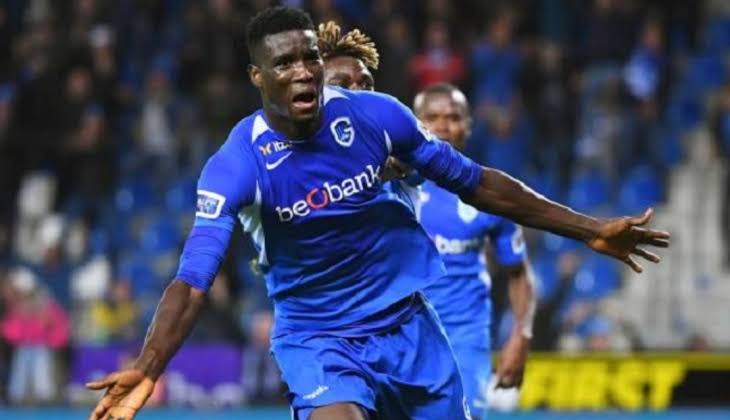 
Nigerian international footballer Paul Onuachu has revealed why he couldn’t go through and accept the offer to join Club Brugge, despite interest from the Belgian Champions.

At the just concluded transfer window, the Super Eagles striker was heavily linked with a move away from Genk.

The reigning Belgian champions were among the clubs interested in signing Onuachu. However, the player would like to believe it would be a wrong move for him to join their team.

Onuachu is set for another season at the Cegeka despite links with Club Brugge, Arsenal, Madrid, Atletico, and Lyon.

Admitting he was once interested in Brugge, the footballer revealed, while speaking with Belgian publication De Morgen, that dumping Genk for the reigning Belgian champions would not have made any sense.

“Club Brugge was interested in me, but why should I leave Genk for Brugge? That is a step sideways as far as I’m concerned and you don’t do that. The board didn’t want that either and was clear about that.

“It makes sense to me that I did not go to a domestic competitor,” Onuachu told De Morgen as per Voetbalkrant.

Onuachu was one of the top goal scorers in the Jupiler League last year and has been one of the best strikers in the Belgian topflight in the last two seasons.

Onuachu won the Ebony Shoe, in 2021, which is awarded to Belgium’s best African player or player of African descent, and also the Belgian Professional Footballer of The Year and top scorer’s awards.

He happens to be the first Nigerian to win the award in 25 years, after scoring 33 goals to emerge as the top African goals scorer during the 2020/21 season.

Global Citizens Festival: There was no proper coordination between the Presidency and the organizers – Kumadoe