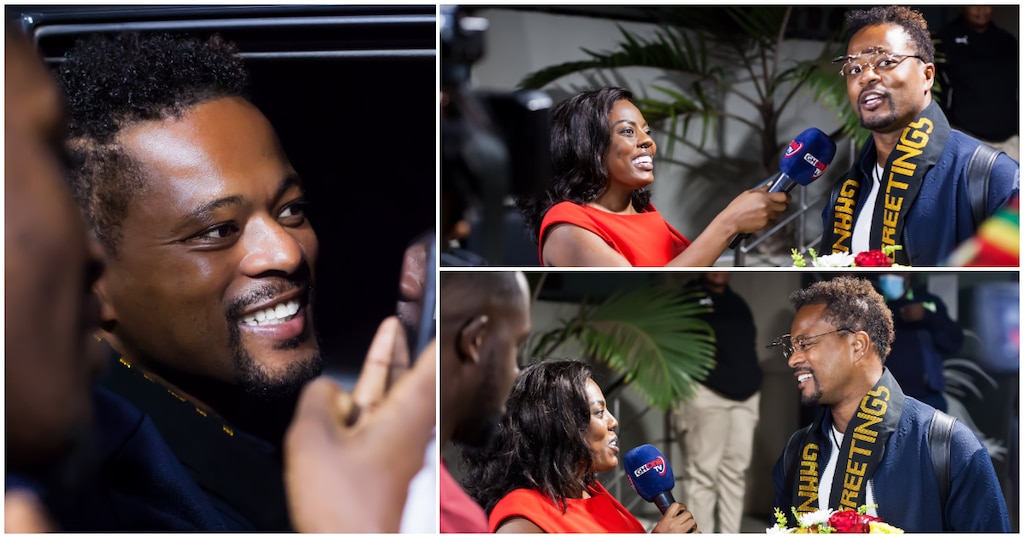 
Manchester United legend Patrice Evra was given a rousing welcome after he touched down in Ghana on Monday night.

Manchester United Supporters Union of Ghana gave their former left-back a memorable welcome at the Kotoka International Airport with singing and dancing.

The former French international is on a three day’s special visit to Ghana as part of the build up to the World Cup in Qatar by Chipper.

The campaign dubbed “Africa to the World” aims at getting football fans from official supporters’ clubs into the stadiums to cheer on their teams during the 2022 FIFA World Cup in Qatar.

Speaking in an exclusive interview with GHOne TV on his arrival, Patrice Evra could not hide his excitement at the welcome as he revealed this is the best he has had in Africa. 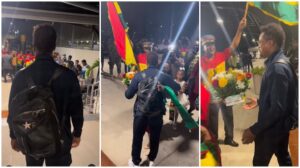 “It’s my first time in Ghana, I have been to Nigeria and Senegal before but this reception in Ghana is the best I have received” Evra said.

Evra who was amazed by the fans took pictures with the fans before leaving the airport for his hotel.

The former French international took to his instagram page to express his excitement at the warm reception in Ghana as he posted a video of his arrival at the Kotoka International airport.

The UEFA Champions League winner will be taking part in a number of activities during his stay in Ghana including meeting with the National supporters groups and other charity events.

No artiste was paid to perform at Global Citizen Festival – Organizers

There Are Disputes Regarding The Afrobeats Category – GRAMMY CEO

Bree Runway Releases New Single And Video For “THAT GIRL”