Only Gen Zs will understand how I treat Bella – Sheggz explains 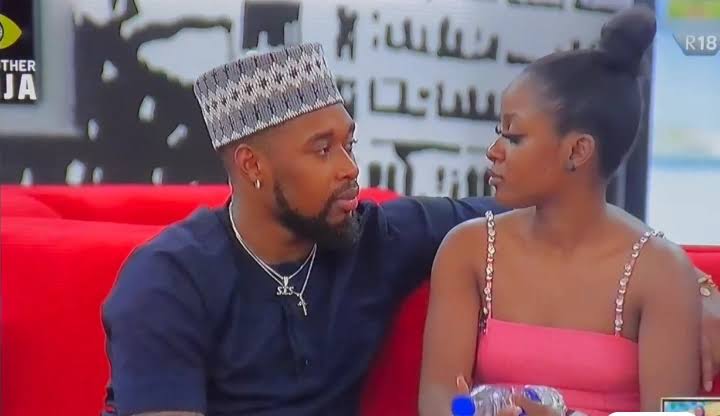 
Evicted Big Brother Naija Level Up housemate, Sheggz has spoken as regards concerns for his ‘rocky’ relationship with his love interest, Bella while in the biggie house.

The reality show ex-housemate, Sheggz, during an interview, had addressed the controversy surrounding his behavior with his love interest and once co-housemate, Bella.

During his stay in the Biggie house, fans of the show could testify how female housemate, Bella was constantly ‘bullied’ and insulted by her soulmate, Sheggz over an argument.

After his eviction, the media wanted to find out what it was that made viewers label their relationship a certain way.

While responding, he said:

“I think perspective is an amazing thing. I feel like people felt like it was cool to label me.

First and foremost, when I am speaking to my boys in the 2022 era, GenZ, Millennial, however you want to put it, I feel like at times you would be like “Guy you are no serious, you are sick…” For me that’s how we speak”

I really like how Elozonam handled this interview. Sheggz just lying to make himself look good. Its actually appalling. #BBNaija pic.twitter.com/u3W7u2x6TI

Everywhere Blacks Stars go, they carry juju; Did they take it to Qatar? – Blakk Rasta

Send me your location, I want to come so you chop me – Ghanaian Lady sends voice note to Kudus after scoring brace for...

8 Tips To Make Writing Essays Easier For Every Student