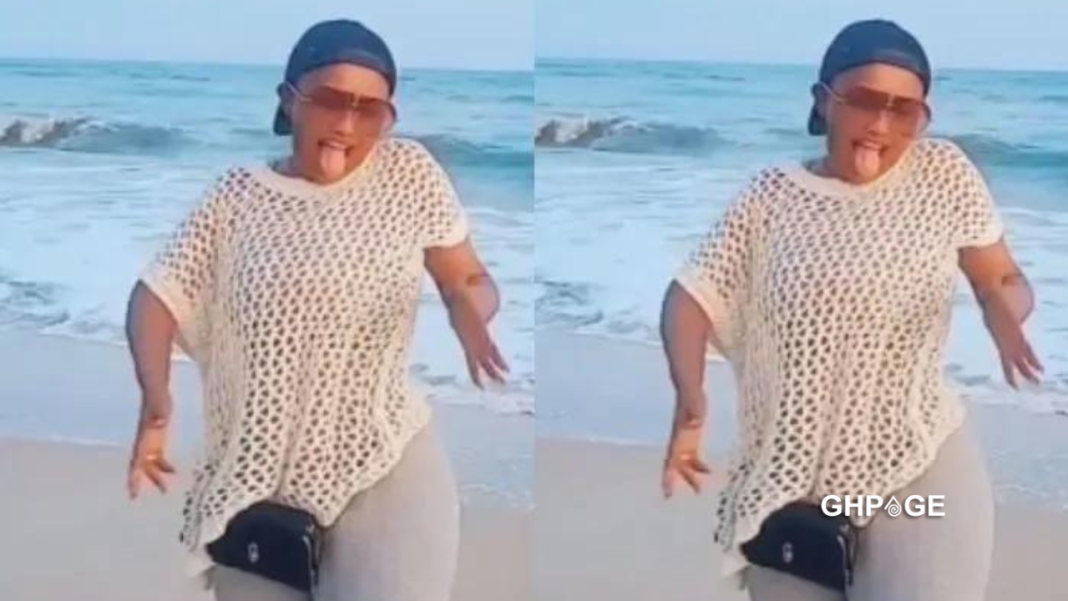 Actress and brand influencer, Nana Ama Mcbrown has come under public attack and castigation once again after sharing a video of herself having fun at the beach.

After publicly confessing that she has done liposuction, Nana Ama Mcbrown has become excessively expressive on the internet with her new body.

The mother of one who rarely seductively danced or showed flesh has fast become a shutterbug.

As suggested by a lot of social media users, Nana Ama Mcbrown has found a new love in sharing pictures on the internet on a daily basis because of the confidence she has gained in her enhanced body.

In this video has raised eyebrows, Nana Ama who was happily dancing to Camidoh’s hit song dubbed “Sugarcane” lifted her neatly woven dress to show off her flat tummy.

According to social media users, Nana Ama Mcbrown decision to flaunt her flat tummy in the video is very unnecessary because it’s thirty wannabee slayqueens who are fond of doing that.

We don’t know if Nana Ama Mcbrown and Empress Gifty are in a secret completion or what because they are all over the place and have refused to rest ever since they enhanced their bodies.

I always use sex toys after sex; Should I tell my husband – Worried wife confesses to Ms Nancy

Joyce Mensah is “feeling depressed” in her marriage to Dr. UN