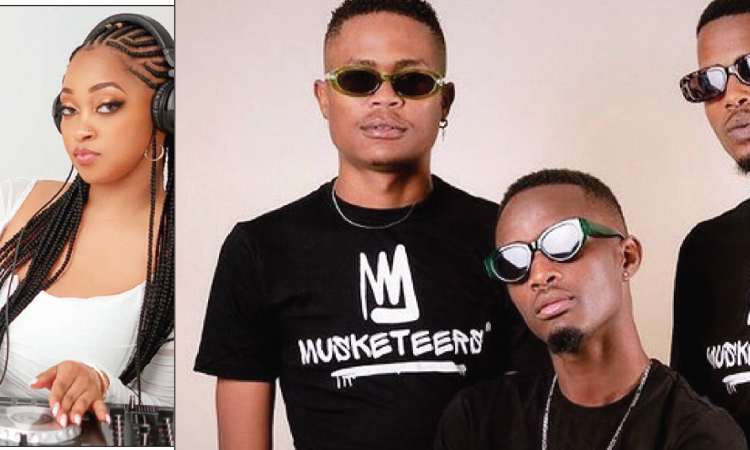 
TWO of Namibia’s most sought-after artists singer-turned-deejay DJ Yessonia and ‘Danko‘ hitmakers, the Musketeers, have picked up nominations for the prestigious All Africa Music Awards (Afrimas). This is an award show aimed at celebrating the rich musical heritage of the African continent. DJ Yessonia has been nominated in three categories that is best African DJ, best artists, duo or group in African Electro and female artist of the year in southern Africa. The Musketeers are nominated for the male artist of the year in southern Africa.

DJ Yessonia told unWrap.online that she is still in awe, but humbled and grateful to be nominated.
“My goal has just been to put in the work and chase the dream, now I’m nominated for Afrima. Like wow!!! I’m so happy and proud to be putting the Namibian flag out there. It shows that people are actually on the outlook for Namibian talent and pushers.

“The nomination comes after women’s month and I dedicate my nomination to all the hard-working female DJs in Namibia and all around our continent. You all are an inspiration to me daily. I did my part all I need now is my country’s support and backing,” she said.

In a statement shared via their manager Knowledge Ipinge, the Musketeers said they are very excited to be nominated alongside industry heavyweights from whom they draw inspiration.

“Our nomination is a big win for the Namibian music industry at large and serves as an inspiration to our generation of hard-working amapiano artists. We call on all our fans in Namibia, South Africa, Botswana and other key markets where ‘Danko’ has been on high rotation over the past year to vote for us when the public voting platforms open,” the message read.

ECG glitch: Ghana will shut down should ransomware exploit occur

KiDi Reacts To The Resurfacing Of His Old Tweets