MzGee finally replies Amanda Jissih, others bashing her for leaking the audio of TT begging for food 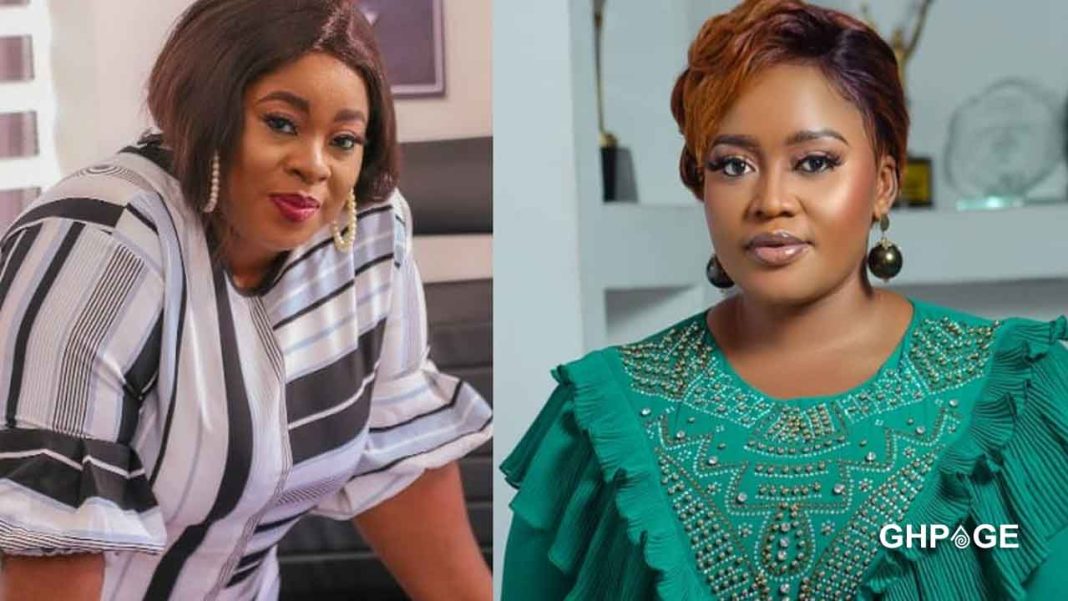 MzGee has finally spoken after she was subjected to bashing and insults on social media for releasing the audio recording of veteran actor Psalm Adjeteyfio seriously begging for leftover food from her.

As earlier reported, TT in the leaked audio recording was heard begging for leftover food from MzGee.

He explains in the recording that he has supposedly lost all the support he was getting earlier after Dr Bawumia offered him Ghc50K cash and the Greater Accra Regional minister promised to give him a monthly stipend.

Amanda Jissih joined the scores of netizens who lambasted the former Media General worker for her unprofessionalism in her journalism journey for leaking such a recording that has succeeded in bringing nothing but shame to the one-time star actor.

READ ALSO: MzGee lands in hot waters after she leaked the audio of actor TT begging for leftovers

In a quick reply to Amanda and others who bared their teeth at her over the audiotape, Mzgee expressed shock and quizzed why she would leak her private conversation with TT, stating that she did not leak the tape.

MzGee sounded surprised in her reaction post at how Ghanaians have soo forgotten easily that she about a year ago put her hard-earned reputation on the line to appeal for funds for TT when she broke the news.

Captioning her reply post on Instagram, the TV presenter thanked all who bashed her and called her all sorts of names. She again appreciated the few right thinking industry folks who have called her.

Ghana! Herrrh! Christ me! We forget too easily! Same me,who broke story of T.T’s predicament, almost a year ago?

Same me, who put my reputation on the line and appealed for funds for T.T, almost year ago, leak our private conversation?

How gullible can I be but it is well!

Tension in Big Ada over burial of late chief