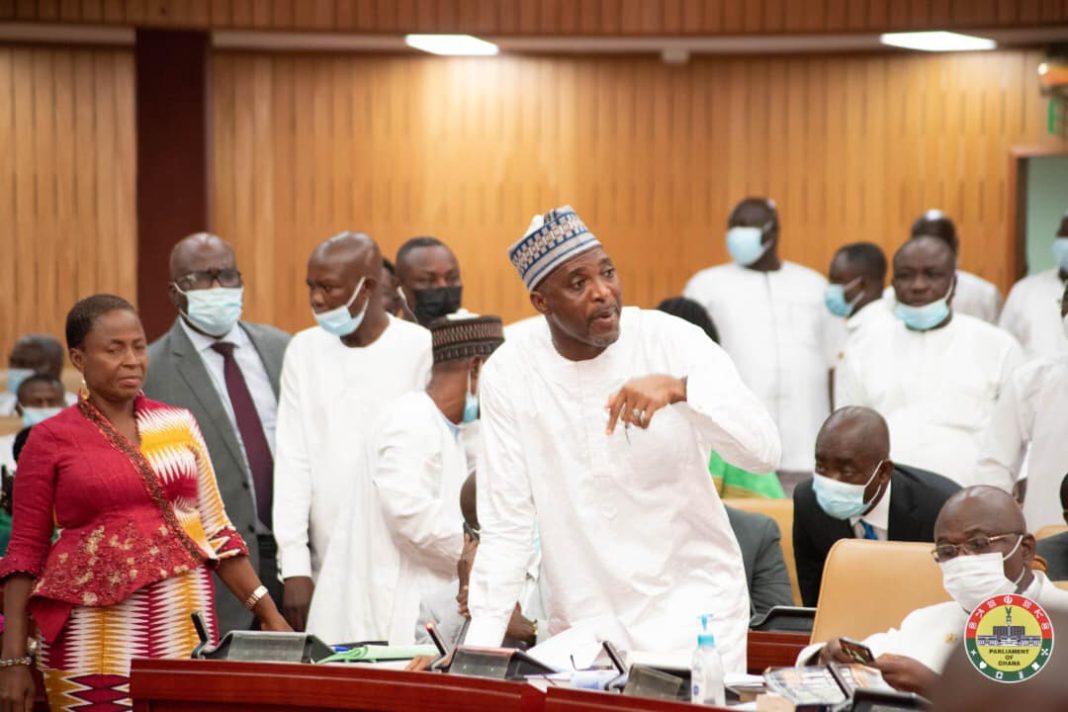 
Alhaji Muntaka Mubarak, the Minority Chief Whip of Parliament, says members of his side will be present at the presentation of the budget and fiscal policy on Thursday.

This is against the backdrop of an earlier decision by the Minority to boycott the budget presentation by the Finance Minister, Ken Ofori-Atta following a motion of censure moved against him for what the National Democratic Congress legislators described as mismanagement of the economy.

The Minority Chief Whip added that, his side will monitor closely the actions of about ninety-eight colleague Majority members who have asked Mr. Ofori-Atta to step aside.

Speaking on Eyewitness News, Mr. Mubarak said that, all his members will be in their seats  to listen to the reading of the budget.

He said, on Thursday morning “we (Minority) will be there, and we will be observing what they (Majority) will be doing. But presently we have our position. We need to hold them accountable. We have a budget that is supposed to protect the integrity of the country. It is going to be read on behalf of the President”, he said.

In a separate report, leadership and Council Members of the New Patriotic Party (NPP) in its efforts to resolve the ongoing impasse met its Caucus Members on Tuesday and urged them to rescind their decision to boycott the budget reading.

The leadership has also asked members of the Majority to take part in the presentation and passage of the Appropriation Bill, as well as participate in all government business.

Again, the leadership has advised members of the Majority to hold on their demands until negotiations for the International Monetary Fund (IMF) bail-out have been completed.

A leading member of the NPP, Gabby Asare Otchere Darko has urged the Minority to be present at Thursday’s budget reading to ensure its approval.

I miss Castro; I hope he comes back – Alordia

Watch: Camidoh Explains Why He Dropped Another EP Instead Of An Album

If Prayers Could Solve Our Problems, We Shouldn’t Be Where We Are Now – Yvonne Nelson