M.anifest talks about the ‘Madina To The Universe’ journey 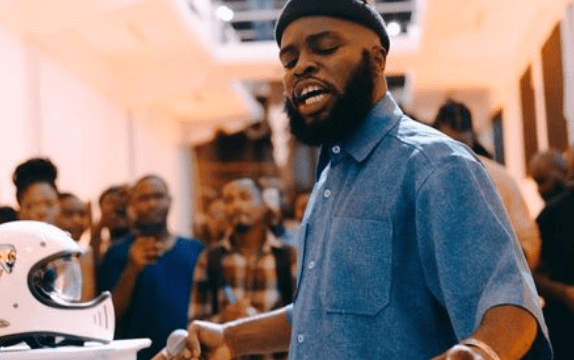 
M.anifest, the icon of change, discusses the motivation, challenges and success of his album, Madina to the Universe (MTTU), with Giovani Caleb on Showbiz 360 last Friday. The Ghanaian rapper spoke about how penetrative the journey has been as he tours the globe.

“It’s been good. You know, when I put out this album, I intended for it to be a journey, and it is a journey. The first show I ever did performing the entire album was in Sharjah, UAE.”

M.anifest disclosed that he wasn’t surprised about the wide reach. But he finds it “exciting to be able to put it in spaces that are not always necessarily popular music spaces.”

M.anifest takes us through the album’s footprint in the international music space. For him, putting out such a masterpiece after a difficult time has been a glorious addiction to his satisfaction.

He said: “And then as the summer came along, we did Berlin, we did London, we did New York. I’m going back to Oakland to do a show and play a couple of private gigs, as well.

“We are going to keep building out this journey, and it’s a beautiful one as well. Coming out of the pandemic, we are all recalibrating, and for me, it’s beautiful to have put out an album to take it out on the road.”

According to Manifest, he is taking all the necessary steps to ensure that the album is well grounded and has performed its purpose in contributing to the creative space.

“These days, you will release music, and people just discard it,” he continued, “We have to respect the art. We have to respect what we put into it to let it fully grow into its potential. So, that’s what I’m doing.”

‘Thank You everyone; let’s meet at my church on Sunday’ – Agradaa speaks after court bail

What Is Zakat In Islam?

All set for Déjàvu party at Bayview Village on Jan 1