Let’s meet in person and fight – Adepa to Mona Gucci 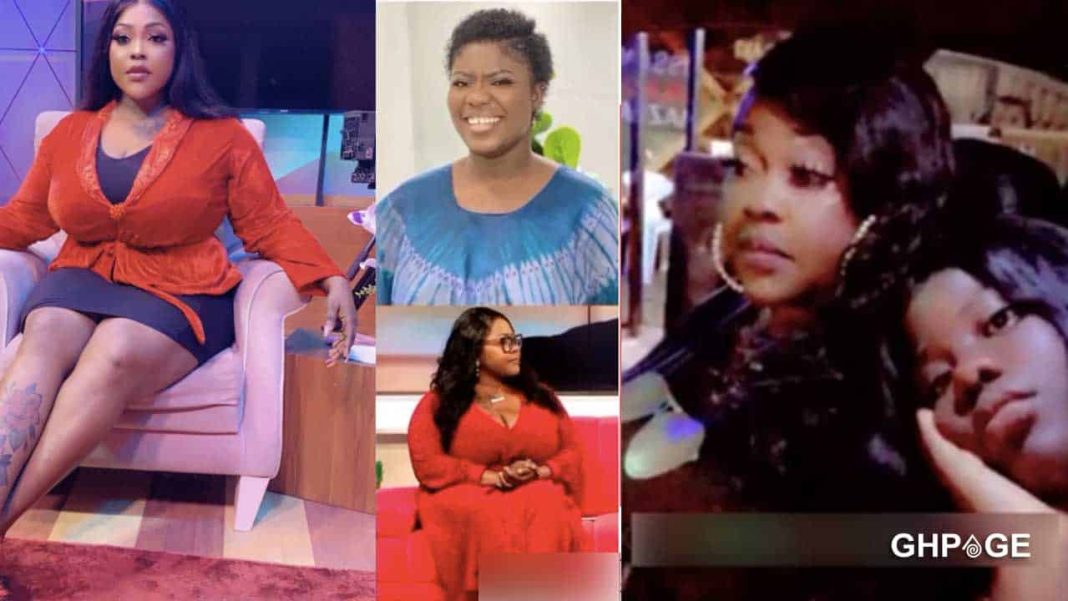 Adepa, the alleged goddaughter of television personality Mona Gucci has requested that she meets with her godmother and fight.

Days ago, leaked audio surfaced on the internet where Adepa was heard making wild allegations against the presenter.

Fast forward, Mona Gucci clapped back by also coming out to attack Adepa and called her out for staying in a dilapidated house with her mother.

Speaking with Rashad of Ghpage, Mona asserted that the allegations were part of a paid set-up by some bloggers and industry persons to drag her name into disrepute.

She said her enquiries revealed Adepa was enticed with GH¢10,000 from Cindy Cash, GH Mouthpiece and Nana Akomeah to provide exclusive information they could use against her.

Well, her response has angered Adepa again and has called that they meet and settle the issues once and for all.

She stated that she would beat Mona to the pulp so she learns some sense.

Watch the video below:

“I was supposed to die before Baba Spirit” – Ayitey Powers reveals

I was almost raped; They demand sex before helping us – Adez, singer

Delay Responds To KiDi’s Old Tweet Calling Her An Illiterate