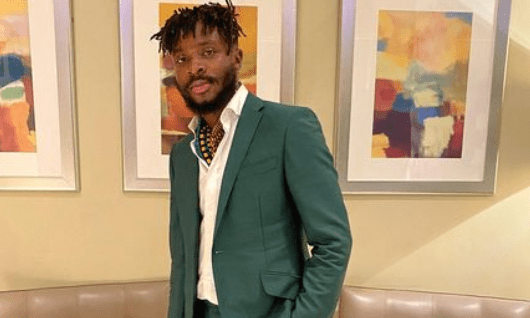 
Management of Fuse ODG, New Africa Nation, has issued a statement that the government has used his intellectual property, New African Girl’, without his permission. And this is in the same video Kirani Ayat’s song was used without his consent.

In the press release, New Africa Nation stated that although they have collaborated with the government in the past, they did not do the needful this time.

“We have sanctioned works in the past for Government use, most notably, our 2018 record, ‘Bra Fie’ featuring Damian Marley, which was used as the theme song for the ‘Year of Return’; which we launched via our TINA Festival alongside the President of Ghana. However, no such process was observed in relation to the recent video in question regarding our record ‘New African Girl’.

Beneath the deep blue sky, the Black Star is calling. Follow the stars and let them take you on a journey of our people. I invite everyone to the country at the centre of the world – #Ghana 🇬🇭. #VisitGhana2022 pic.twitter.com/2m5KC2QTkt

Fuse ODG also empathised with fellow musician Kirani Ayat, who is in a legal tassel with the government over copyright issues over the same video.

“We sympathised with Kirani Ayat. As creative persons, we sacrifice a lot to be able to put together a song, let alone a whole video with high-quality production value.”

For New Africa Nation, steps to correct this ‘mistake’ is being pursued whilst suggesting ways to avoid future occurrences.

“…going forward, the solution must be to invest in more education around the intellectual property… In the meantime, our legal team is in discussion with the Ministry and their legal team in order to resolve this issue.”

Yesterday, Kirani Ayat called out the Presidency and Ghana Tourism Authority for using his song on their ad without permission. He revealed that three years ago, he reached out to the Ministry about a collaboration with the song. But he was turned down.
In response, the Ghana Tourism Authority disclosed that they had obtained rights from an agency. The agency has also refuted the claim, saying they did not authorize the use of Kirani Ayat’s song without contacting him first.

The matter is still pending and has sparked conversations around copyrights and intellectual property in the entertainment industry.

The Moment Fred Amugi Got Emotional Seeing Himself On A Billboard