Kumasi residents praise Nana Addo for solving all of their problems 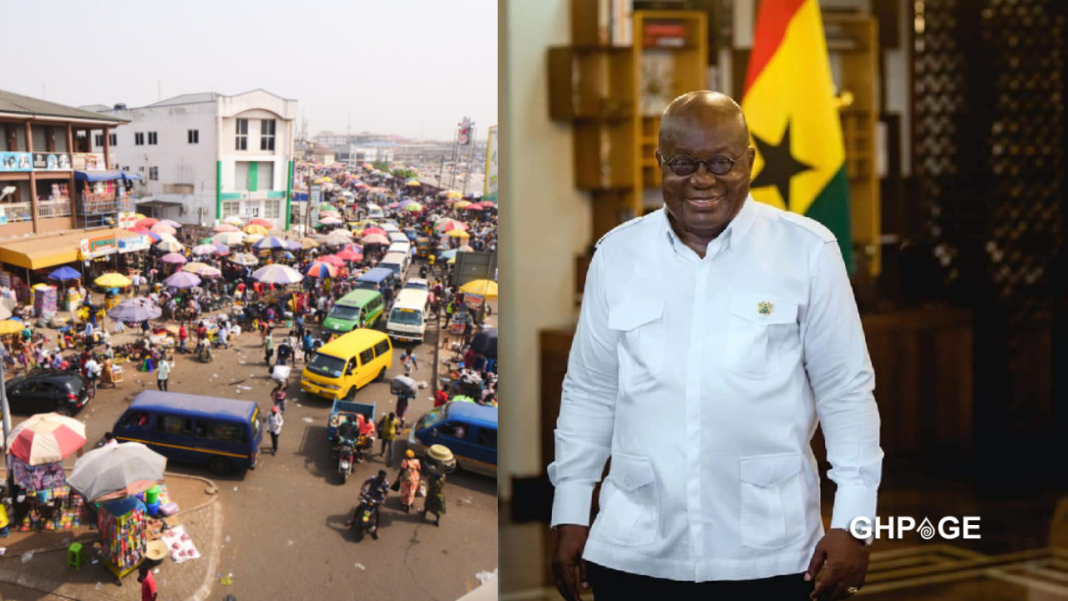 While a majority of Ghanaians are wailing and lamenting over Nana Addo’s gross incompetence and being unconcerned about the cries of the citizens, residents of Kumasi seem to be living on a fantasy Island.

During Onua TV/Akoma FM Peoples’ Assembly invasion in Kumasi to quiz the people about their fair comments about Nana Addo’s performance as the president just a day ago.

Madam Hawa Abdallah who is also known as Hajia and sells at Kumasi Central Market proclaimed Nana Addo is Ghana’s best president of all time.

According to Hajia who acted as the spokesperson for Kumasi residents during ONUA TV/Akoma FM’s people assembly meeting, Nana Addo is the best thing since sliced bread.

As asserted by Hawa Abdallah, Nana Addo has practically solved all their problems and has even done more than expected.

Things are a bit hard in Ghana. Those of us at the Central market are experienced in it and can tell government what’s happening. We used to go to the market at 6 am and by 12, we would make money. But they ransacked the market and things became difficult because people don’t come to buy. We cried to Nana and Bawumia and they heeded our cries. They have given us money which is coming in trenches. We are grateful to them.”

I stand for all mothers because the free SHS has helped us. Parents have been relieved of paying school fees. Nana has given us monies to expand our businesses. No government has been able to do this for us before. Mahama did nothing for us. We ask for God’s blessings for Nana Addo and Bawumia,” Afia Sarpong, another trader indicated.

Staying true to the realities of their lives, Ama Pokuaa, another trader stated;

“we shouldn’t let anyone deceive us that we don’t need the free SHS and it is not good. Other private school are not free so advocating for payment can sent their wards there. Also, the NDC who want to pay too can do it and we’ll take the money. Nana Addo’s government is truthful because even when there is no money, they tell us. The money doesn’t belong to one person and now we are all enjoying some.”

Some time ago, the forest was depleting but the trees kept voting for the axe on the pretext that the handle is made out of wood and therefore is one of them.

Withdrawal of FX support is harsh, counterproductive – Chamber of Agribusiness

Wanlov The Kubolor Ordered To Pay GHs55,000.00 To Chalewote CEO In Defamation Case