KiDi apologizes for his unsavoury tweets 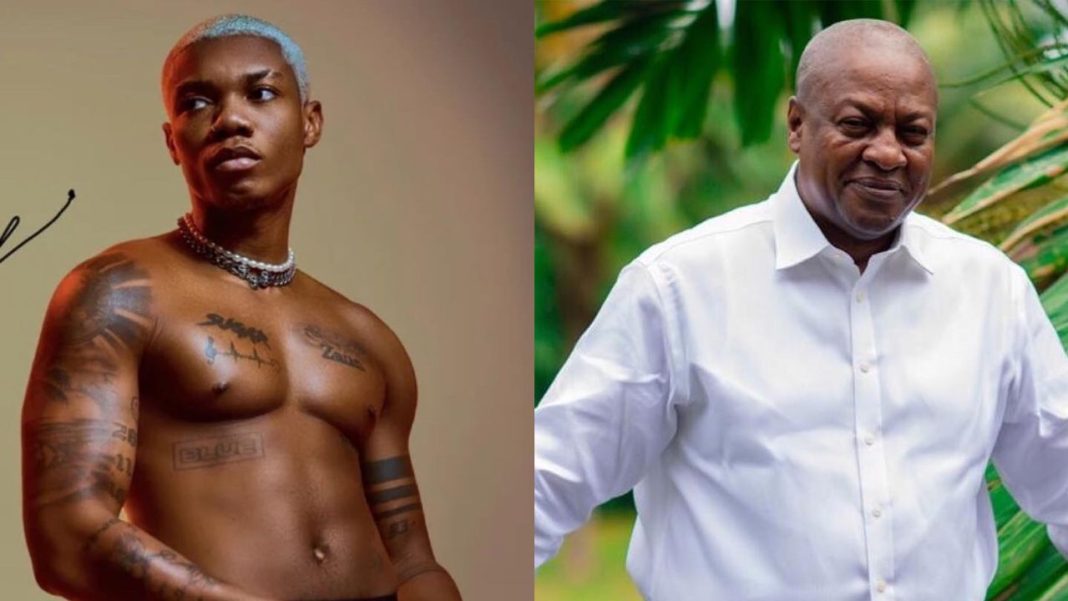 Lynx Entertainment signee, KiDi, has been trending on the internet for the past 24 hours for obvious reasons.

After a series of old unsavoury tweets from his archives were exposed by an anonymous tweep, the singer has since been used as a sacrificial lamb by netizens.

READ ALSO: “Mahama is useless” – KiDi said, called out for past tweets

From describing former John president John Mahama as useless, Delay as an illiterate and insulting the memory of late president Atta Mills – It can be emphatically stated that KiDi was a cyber bully before meeting fame.

Apparently, in 2020, a set of disgusting and cynical tweets from KiDi were dug by tweeps which made him trend on a very bad note.

He later apologized and seeked for mercy because according to him, he was young and naive when he made those comments.

READ ALSO: Flirty tweets KiDi made about his relationship with Anita Akuffo

And he has also grown up to appreciate the efforts of others who he earlier disrespected.

Take a look at KiDi’s 2020 apology to the people he disrespected on the internet precisely Twitter about a decade ago;

Below are screenshots of some of the old tweets that have Landed KiDi in a troll pit.

READ ALSO: Delay reacts emotionally to tweet of Kidi calling her an “illiterate”

Just a few sentences of apologies can never wipe out all the insults and attacks he directed at people.

A typical example of “No one knows tomorrow”, that’s why we must live a kind and generous life even on social media.

“No haircut” is for local investments – John Kumah