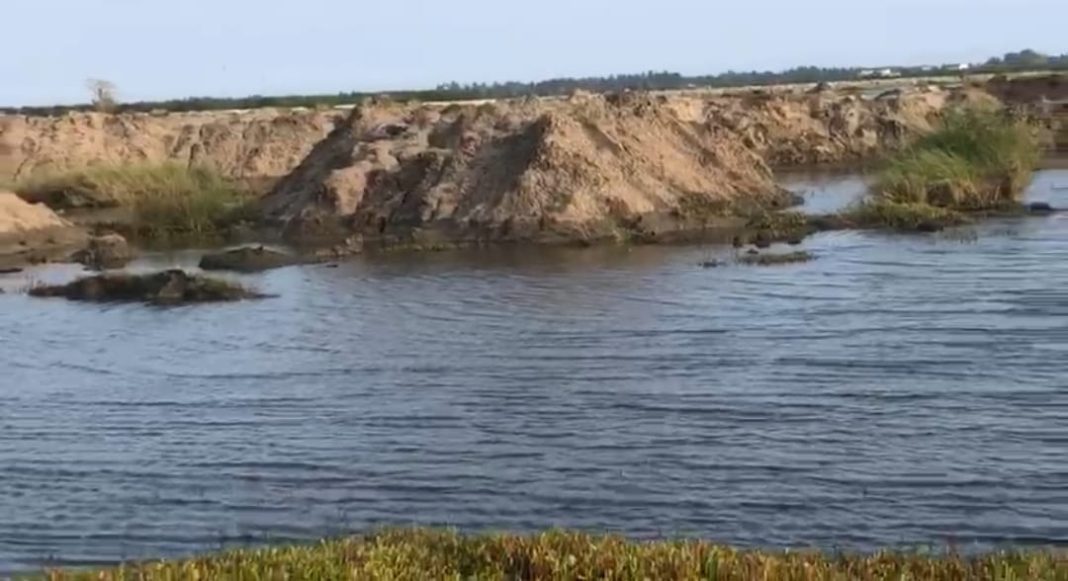 
Residents in some parts of Ketu South in the Volta Region will be demonstrating today, Tuesday against the operations of a salt mining company, Seven Seas Salt Limited along the Keta Lagoon.

The residents are agitated over the death of a mother and her three children in dykes allegedly dug by the company in the lagoon.

Two persons died in a similar fashion in July when they went fishing in the Lagoon.

A mother and her three (3) children have died in a dyke at Laklevikope in the Ketu South Municipality of the Volta region.

The dyke according to residents was dug by Seven Seas Salt limited – a salt mining company operating along the lagoon in that part of the region.

The victims are Yawa Afenu, 41 (mother) and her three children, who were said to have gone fishing in the lagoon on Saturday, in the company of their surviving father, Atitso Amewu but fell into the dyke while attempting to save one of the children who had first fallen in.

“They went fishing with their parents but the dyke is in such a way that you would not know which side is deep. So one of the children fell into it and the rest all attempted saving him but lost their lives including their mother except the father who swam to safety,” a resident told Starr News.

“There are no danger signs to caution people from going there either and so the whole area is full of danger,” the resident added.

Bodies of all four victims -Yaw Afenu, 41, (mother) Bridget Amewu, 14, Daddy Amewu, 10 -her children and another child staying with the family, Sitsofe Ahiawor, 8, have since been retrieved by the police and deposited at the Ketu South Municipal hospital morgue for preservation and autopsy.

Assemblyman for the area, Victoy Ayeku who confirmed the incident said they have been left devastated.

He said, “We are devastated. It is sad but we are having a discussion around it to see the actions we would have to take to protect ourselves from this tragedy going forward.”

The latest happening brings the number of deaths recorded in the lagoon this year alone to six (6).

In July, two other individuals lost their lives in separate incidents in a similar fashion in the lagoon.

In an interview with Mr. Adams Mensah, the Public Relations Officer of the Seven Seas Salt limited, he denied the company’s ownership of the dykes.

He indicated that though the company had constructed dykes the said dykes, where deaths have been recorded, are outside the company’s concessions and might have been created by individuals as a fish pond.

Mr. Adams Mensah, however, condoled with the affected families noting, “It is an unfortunate incident -for a man to lose all of his family in that manner is unbearable but it must be stated that the dykes are not the creation of the Seven Seas Salt limited.”

Vote of censure: Minority to push for secret vote as it threatens to go the long haul

Nat’l Cathedral: Govt forced to do right thing by capturing GHS80m in 2023 budget for approval – Ablakwa