Hassan Ayariga takes followers on tour in his million-dollar mansion 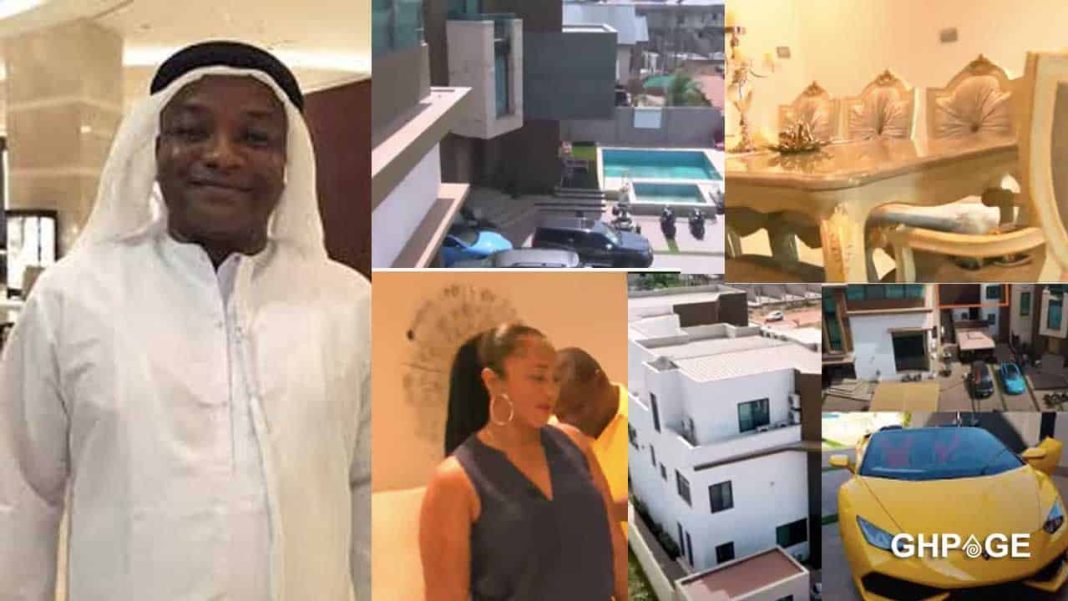 Politician and the founder of All People’s Congress (APC), Hassan Ayariga has for the first time allowed camera into his luxurious 10-bedroom mansion located in East Legon.

Aside from the ten bedrooms, the plush mansion boasts eight halls, two penthouses, four kitchens, a gym, a barbershop, and other amenities like a gaming room and a 30-seat movie theatre.

In the video, it was revealed that the design of the mansion was designed by the wife of the politician identified as Anita Ayariga who is a graphic designer and a lover of arts.

Hassan Ayariga is a well-known lover of luxury cars and recently he showed off a vintage car he acquired for himself as a birthday gift.

The video for the first time showed off all the luxurious cars belonging to the politician which include Lamborghini, Nissan Infiniti, two Land Cruisers, Porsche Panamera, and several superbikes.

Watch the video below:

Looks like actress Jackie Appiah has kind of set a new trend for celebrities in the country to follow after a video of her plush mansion surfaced on social media kind courtesy a Nigerian actress.