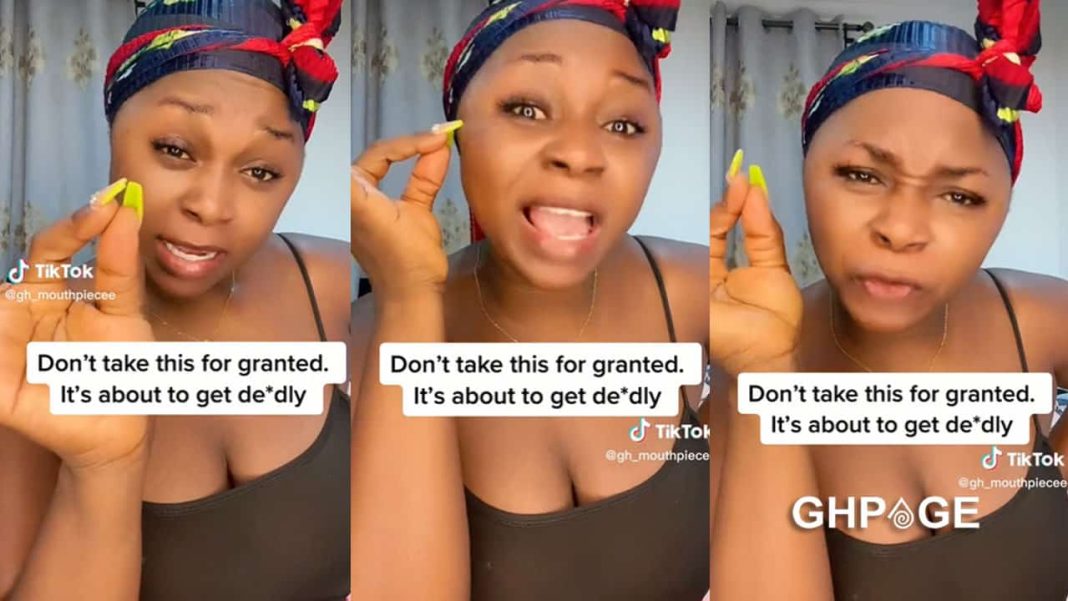 
A Ghanaian TikTok star will soon be sent to their early grave due to curses invoked on them by another TikToker, GH Mouthpiece – a former radio presenter at Kingdom FM – has said.

Millennials in other countries largely use the video-based platform to promote businesses, showcase talents, educate and impact their followers with their influence.

But when it comes to Ghana’s digital space, TikTok is where you find some jobless youths abusing the app with sex convos, quarrels, insults, and curses in all forms.

In a self-recorded video, GH Mouthpiece said there’s a thick cloud of death hovering over a famous TikToker who has made false accusations against another user and has been placed under a spell.

According to the vociferous socialite, she had a dream she was in the company of other top TikTokers walking across a bridge when one influencer, unfortunately, fell off and drowned in the water below.

She said when rescuers retrieved the body, it had turned black as though it has been tortured by fire.

GH Mouthpiece said she’s “really scared” the dream could manifest because she has had similar revelations which resulted in the demise of her own mother and other relatives.

Watch the video below

It wouldn’t be the first time hearing of netizens taking their social media feuds to extreme heights. Even top celebrities including Afia Schwarzenegger are all culprits.

New photos of Bridget Otoo without her pregnancy raise questions

Foreign Based Artist, Mos-B Set to Thrill over the Weekend

5 Ways To Use Technology To Benefit Your Youth Ministry