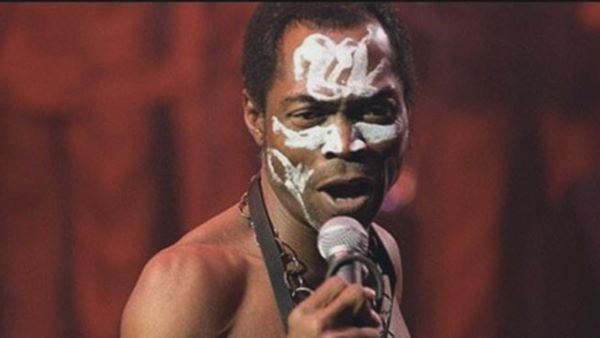 
Ghanaian music legend Uncle Ebo Taylor has led contestations about the origin of Afrobeat to rest. He disclosed that the music genre, Afrobeat, was composed by Nigeria’s Fela Kuti on 3FM Drive with Giovani Caleb as host.

Uncle Ebo Taylor, one of the pioneers of the Ghanaian music genre, highlife, talked about his close friendship with his comrade from Nigeria. He also revealed the genesis of Afrobeat and how it became popular. Uncle Ebo Taylor also shared that he (Uncle Ebo Taylor) had no hand in it. He attributed everything Afrobeat to Fela Kuti.

The 50th anniversary version of Roforofo Fight is out now 🔥 The reissue is pressed on double orange & green vinyl, and features singles “Shenshema” and “Ariya” on wax for the first time ever. Order on https://t.co/k9h1U2f9La. pic.twitter.com/D5OBEbQuM8

” He (Fela Kuti) started Afrobeat, and I got a glimpse of it. He told me about it. He said that highlife is getting too old, and we needed to create something new in its place.”

Uncle Ebo narrated how Fela felt that highlife sounds were becoming too regular and unexciting for the younger audience.

“He said soon the highlife will be left for old people, and people usually dance 1…2…3…4… and get fed up with it. He wanted it offbeat, and at the same time, he brought in some songs that were not too personal,” he added.

Discussing their relationship, Uncle Ebo said that despite their close relationship, they never came around to making a song together. He described Fela Kuti as one with a different outlook and always eager to push boundaries.

Uncle Ebo Taylor concluded, “He’s the best and would take you by surprise, but you will appreciate it all the same. Fela was a friend who liked to surprise everybody. He made Afrobeat popular by popularising the beat and afro songs. When he takes off, you really feel he is giving something new.”

Tough Days Ahead But Recovery is Coming – Bawumia

‘I Nor Well’ proof I’m the real multi-genre