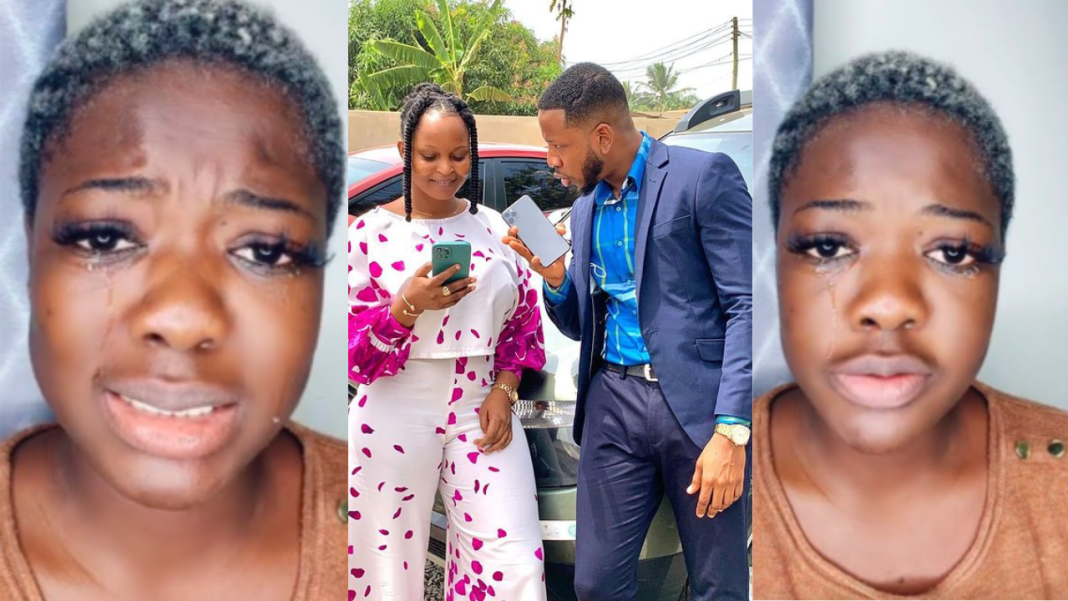 For the past 24 hours, news that has been trending on the internet wildly alleges that popular TikTok star Asantewaa has been scammed by the wife of former YOLO actor Aaron Adatsi, Eyram Adatsi, for an amount of GH?300,00.

According to sources, Asantewaa was in the process of building her own home; however, it was not stated how many months or years she has been working on the house.

Reports indicated that she plans to finish up quickly and officially relocate into the house in a month.

She contacted Eyram to help her with that, and Eyram connected her to her cousin, who is a contractor. Since Asantewaa and Eyram are friends, Asantewaa trusted Eyram with the project.

Reports indicate that after Asantewaa paid the contractor GH?300,000, she was not following up on the progress of the house due to her busy schedule, and she trusted Eyram wholeheartedly to handle the project on her behalf.

READ ALSO: Asantewaa cries after being duped of Ghc 300,000 by building contractor

Asantewaa allegedly visited the location of her property last week but nothing has been done there.

She first contacted the police to arrest Eyram’s cousin’s husband but she wasn’t successful.

After the news broke out, a lot of social media users accused Eyram of being a very bad person because she has duped some netizens who tried to buy from her on Snapchat.

Obviously, Eyram has been following the news ever since it went viral on the local digital social and has since shared a cryptic post that has triggered a lot of people to expose her bad deeds more.

She wrote; “The Lord Has Helped Me… What God Cannot Do Does Not Exist”

Her father paid me to marry her, but I can’t stand her bedwetting – Confessions on Ms Nancy

Give Me The Opportunity To Modernize NPP – Alan Kyerematen

Best International Series On Showmax This February, The Last Of Us, Young Rock S2 And More