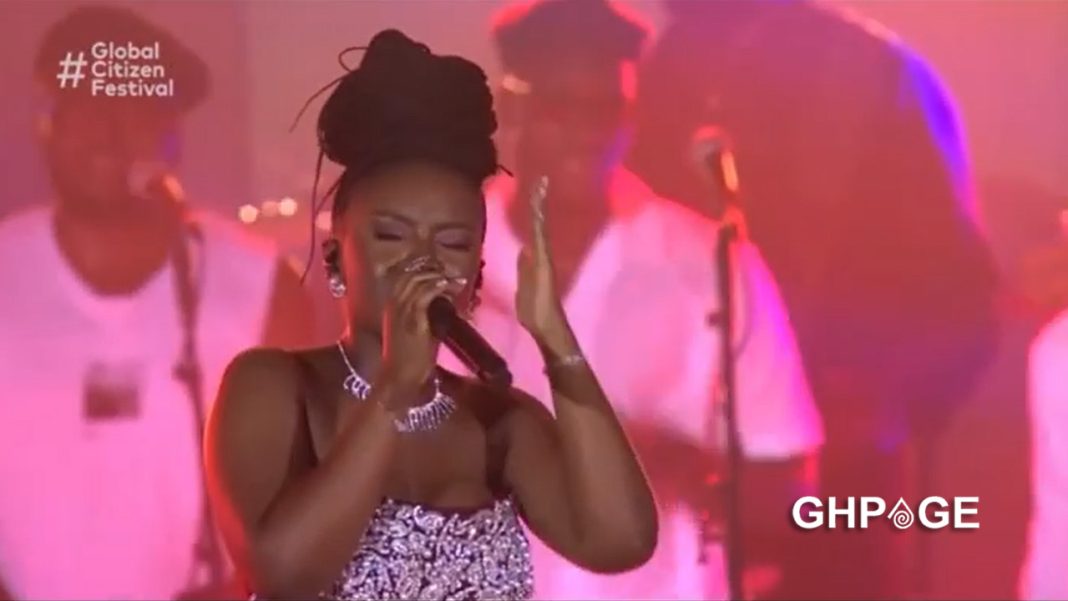 Gyakie has disclosed that artistes who performed at the just concluded Global Citizen Festival in Accra did not charge fees for their performances.

The Ghanaian musician, who mounted the stage with a host of others, says everyone that played a role at the event, however, did not go home empty-handed.

In an interview on 3FM, she told Giovani Caleb that even though they did everything out of benevolence to support the event for charity, they were given some money.

“Yes, everybody that was on the stage was obviously paid. The dancers, the choristers, the band. Everybody.”

Earlier, the CEO of Big Ideaz Consult – a local partner of the Global Citizen Festival in Accra – had disclosed that none of the artistes who appeared on the stage was paid a performance fee because it was a humanitarian concert.

Kojo Poku said “No artiste was paid a performance fee for this. Everyone who mounted the stage did so out of the benevolence of their heart and the Global Citizen cause is bigger than how much you’ll make out of a performance on that stage.”

This, however, does not mean people that worked for the event were not paid.

New coroner releases report on how Welshman drowned in Ghana

Adam Richman Goes Nostalgic With His New The Meals That Made Me Podcast!