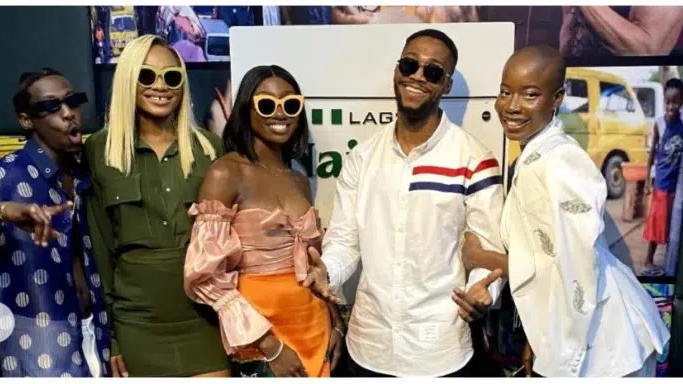 
Evicted Big Brother Naija Level Up housemates, Doyin, Dotun, and Eloswag have decided to spill the beans on who had sex in the biggie house.

The trio, Doyin, Doyin and Eloswag revealed the ‘truth’ behind the missing condoms in the house.

The reality show stars had this conversation during their post-eviction interview on Naija FM.

They denied using condoms even though there were speculations that some housemates engaged in sex.

Speaking on the issue, Dotun on his part claimed that condoms were majorly used by the housemates for making balloons for playing games.

He, however, denied knowledge of co-housemates having sex on the show.

Countering Dotun claim, Doyin stated that some people might have gone roughly intimate on the show but it is not uncertain if they used condoms.

Also speaking, Eloswag added that he was in charge of keeping the condoms while he was in the house.