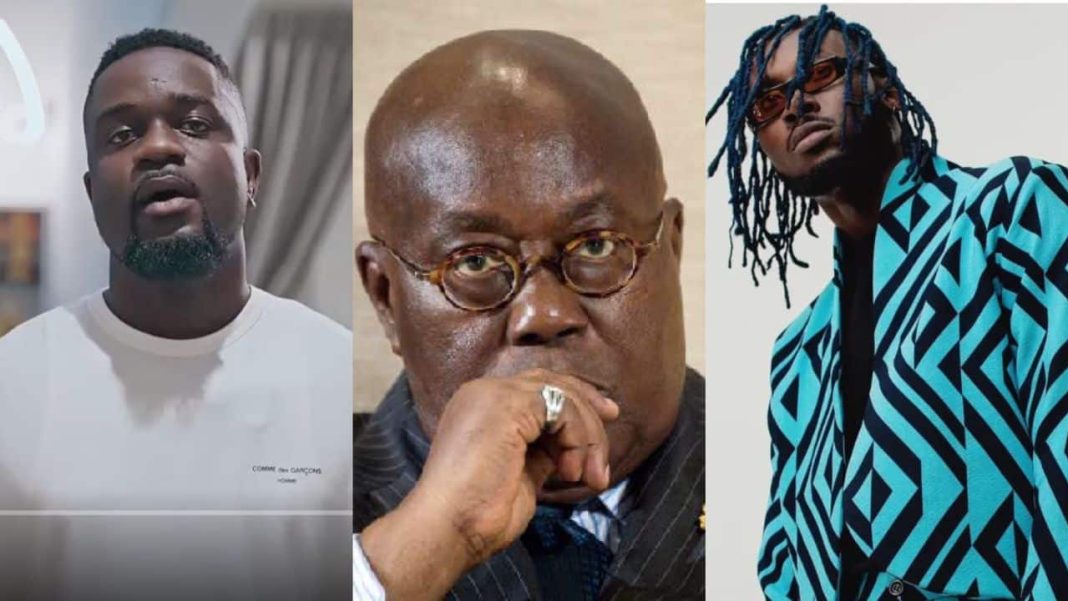 Rapper Sarkodie has thrown his weight behind musician Kirani Ayat, who has taken on the government over a copyright breach.

According to the “GUDA” singer, his music video was used by the Ministry of Tourism for promotional material without due consent from him or his representative.

On the back of that, he has requested that the government do the needful by acknowledging his work and possibly paying him for using his intellectual property without permission.

Sarkodie has supported the move by Kirani Ayat. Accordingly, it was about time creatives were respected and duly compensated for their work.

In a tweet, Sarkodie urged the government to do the needful by seeking amicable redress with the disgruntled Kirani Ayat.

We ( creatives ) do a lot to put our country out there , attracting a lot of tourists x investors that translates to money to help nation building yet that’s one sector with no support… I feel my brother and support him especially if he actually reached out and didn’t get help.

A lot of creatives giving up on their dreams due to the system out here… It’s either you wanna join the mediocre or you quit ( if you wanna do something epic ) because it’s no joke … we talking serious.

Guess this quote is for the people cos if there’s anybody who knows this, I’m here ! People might freak out if they knew how much it takes to achieve that 2 to 3 minutes visual

According to allegations, President Nana Akufo-Addo utilized a musician’s work to promote Ghana to tourists without their consent or giving him due credit.

Before filming his Guda music video, Ghanaian musician Kirani Ayat claimed he asked the government for assistance but was rejected.

The video, which was produced in northern Ghana, highlights the local culture and includes beautiful scenery.

Ayat criticized the president on Tuesday after he tweeted a promotional video:

I Won’t Come To Your Wedding But I’ll Deal With You- Brokenhearted Ex- Girlfriend Of Rapper Phrimpongsongs Threatens After He Ditched Her To Marry...

What Is A Good Size Sling Leather Bag To Carry?