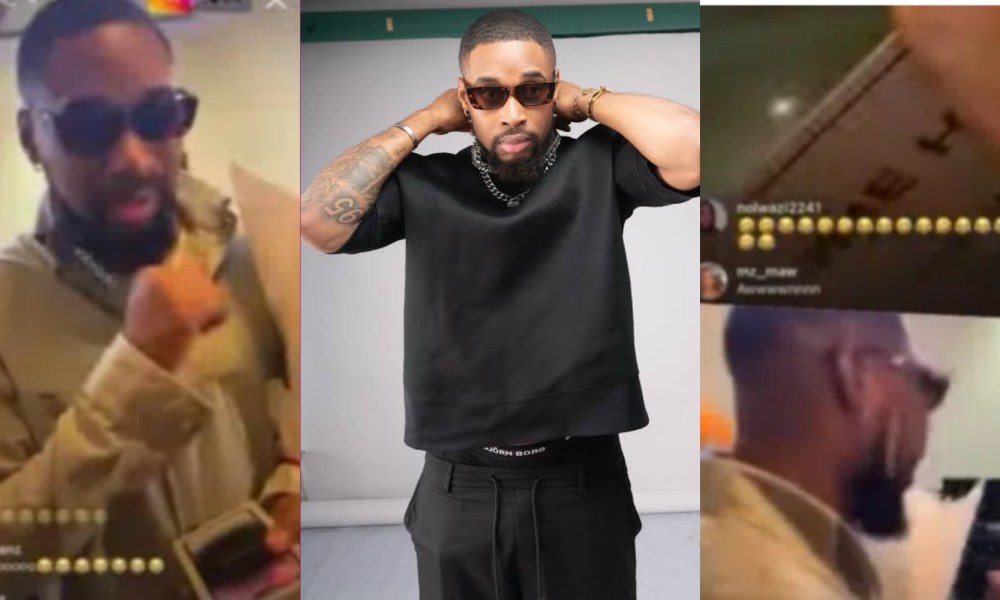 
Evicted Big Brother Naija Level Up housemate, Segun Olusemo, known as Sheggz has received surprises and shown unwavering supports from his fans after his eviction.

Popularly called Mr. Ikoyi by his fans, the reality show star, Sheggz left the Biggie house on Sunday with Groovy, and Hermes, and fans have don it on themselves to issue a surprise package to their star.

Last night, September 27, his fans decided to welcome him back with many gifts and cheques.

Sheggz was honored by his supposed fans who contributed their savings to get him the latest iPhone – iPhone 14, which cost about N1.5 million and they also gave him a whopping N2 million. Also, an additional N500,000 cash came through for him.

A surprised Sheggz could be seen beaming with smiles, while his fans asked him how he feels.

Speaking on the occasion, he stated that he was clueless and he had no idea that he would be coming out of the house to meet so much love and that he is grateful.

He also touched on his relationship with Bella, adding that it is for real.

Outside Gentility, Home Cry – Video Of Medikal And Fella Dancing At A Party Amidst Divorce Rumors Stirs Reactions

Wanlov The Kubolor Ordered To Pay GHs55,000.00 To Chalewote CEO In Defamation Case