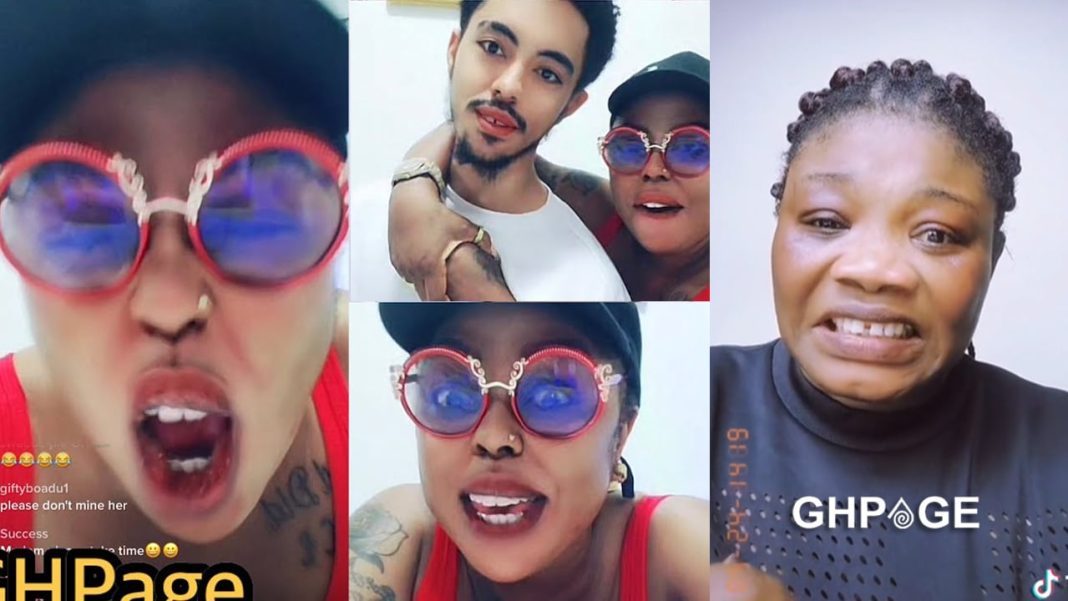 Earlier yesterday, Maa Linda lied in a self-made video that James and John Heerdegen, the twin boys of Afia Schwar have reached out to ask her to end her social media exchanges with their mother and let peace reign.

As you may already know, both the TikToker and the comedienne have been trading insults on the internet for days. The two adults have spewed denigrating remarks toward each other and even involved unconcerned parties in their childish fight.

Maa Linda claimed that the children of Afia Schwar have contracted a third party to beg her on their behalf to stop responding to their mother’s rants.

She said one of the 21-year-old twins who spoke to her confirmed that they have, on countless occasions, advised their mother to stop attacking people but she does not listen to their plea.

Well, Maa Linda has been exposed big time because Afia Schwar’s sons have denied ever calling to beg her to cease fire.

In a trending video, Afia Schwar asked her son when they called Maa Linda to beg her to stop attacking them.

The young man who looked confused dismissed the claims and categorically stated that neither he nor his brother has called Maa Linda for pace to reign,

There Are Disputes Regarding The Afrobeats Category – GRAMMY CEO

Ghana’s New Dancing Super-talent, Endurancegrand Steps Into The Light With Her Effervescence