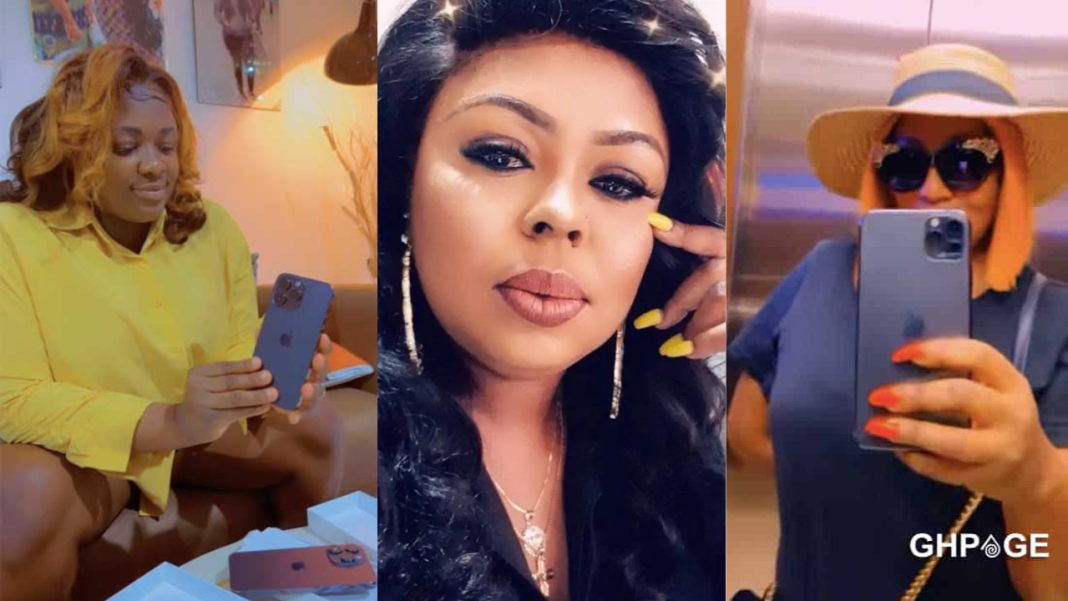 Ghanaian media personality and controversial figure, Afia Schwar, has responded to critics who earlier mocked her for not being able to buy one of the iPhone 14s because she has gone broke.

After the release of the flagship mobile gadget, a lot of celebrities took to the internet to show off the ones they have acquired to stunt their enemies.

Diamond Appiah, Tracey Boakye and a host of celebrities are amongst the many celebrities who have shown that they have a piece of the iPhone 14s.

Speaking in a Facebook live with her fans, Afia Schwar was quizzed by an admirer when she will also flaunt her iPhone 14.

Replying the fan, Afia Schwar maintained that she’s a matured woman and doesn’t have time for such internet gimmicks.

According to Schwar, she sees showing off phones and other mobile gadgets on the internet as immature – Reason she doesn’t engage herself in such activities.

She continued that her mates own Bentleys and Austin Martins etc therefore it will be very silly of her to be full of herself after acquiring a phone which costs just a couple of thousands of dollars.

Afia Schwar stressed that she aims for big things in life and phones and not part of them.

Davido is the most hardworking Afrobeat artiste in Africa – Akon