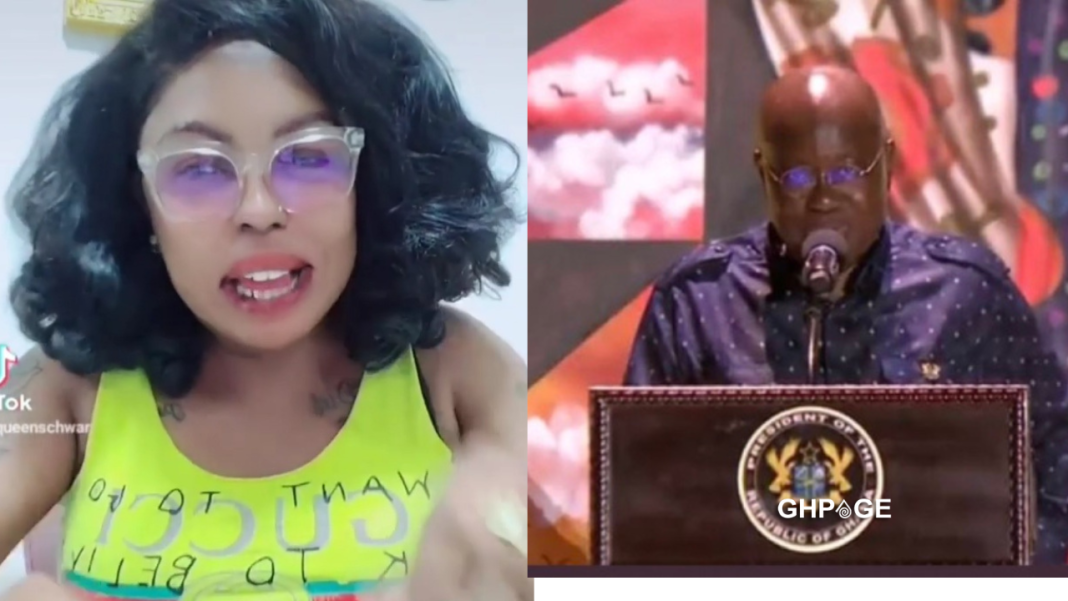 During the just-ended Global Citizen Festival, a section of patrons of the event disgraced Nana Addo after they aggressively hooted at him for the country’s failing economy under his watch and incompetence.

Ever since the disgraceful incident, Social media has gone rife with concerns over the unfriendly reception given to President Akufo-Addo.

While some have applauded the hooters for doing an impressive job, others are also of the view that their actions were uncalled for.

Afia Schwar who is obviously disappointed in the youths who heckled at the president has shared a video of herself to express her disgust for what happened.

According to Afia Schwar, the youths who hooted at Akufo Addo during the concert are very callous and disrespectful.

While ranting in the trending video, she asked them to ask Nigerians about the clumsiness of Buhari yet they have never hooted at him in public.

She ended her submissions by entreating Ghanaians to be ready to pay more on transport fares because there’s going to be an increase in fuel prices.

Star Tee makes a comeback with ‘Kolobi’ after Camidoh feature